Fishing Odell Lake for Kokanee Salmon in the Oregon Cascades

Fishing Odell Lake for Kokanee Salmon in the Oregon Cascades 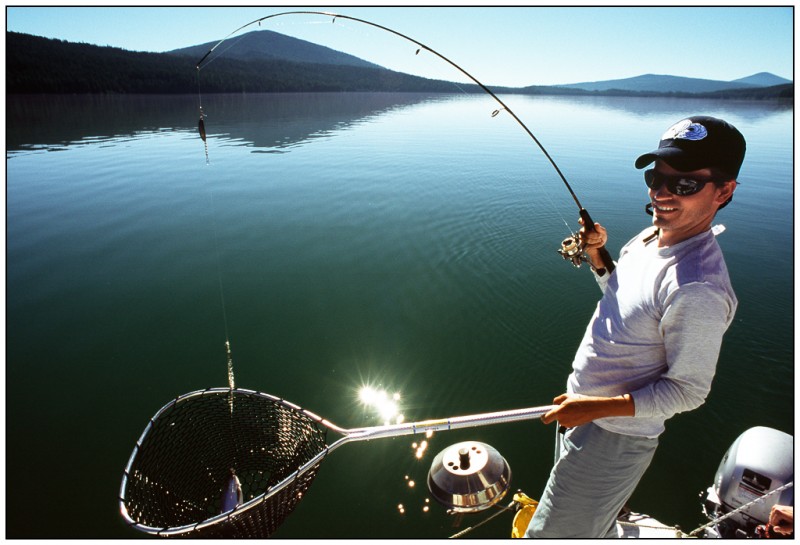 Odell Lake is a 3,582 acre natural lake which rests in a trough created by glacial action some 10 to 12,000 years ago during the Pleistocene Epoch.  At an elevation  of 4,787 feet, Odell is just south of Highway 58 in the Deschutes National Forest, and is close to Willamette Pass in the Oregon High Cascades. 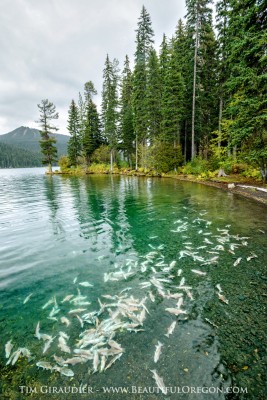 The Kokanee Salmon in Odell lake average 10-14 inches, but can reach lengths of up to 16 inches; and are primarily derived from a naturally reproducing population which spawns at the west end of the lake at Trapper Creek.  The Kokanee will also spawn along reaches of shoreline with suitable gravel for the making of nests called redds.  Even small tributary streams little more than a trickle can provide spawning habitat for Odell’s prolific Kokanee population.   Additionally, the Oregon Department of Fish and Game plants about 100,000 fingerlings in Odell each spring.

‘Kokanee’ means ‘red fish’ in the Interior Salish dialect of the Sinixt Native Peoples of present day Northeastern Washington and Southeast British Columbia.  Aptly named, for as the Kokanee begin their spawning cycle, they develop a bright red body with green head.  The name Sockeye, is commonly used to describe the marine-anadromous form of (Oncorhynchus nerka), is derived from ‘Suk-kegh‘, a

word from the Coast Salish dialect of Native Peoples living along the lower Frasier River who speak the Halkomelem language.  As with Kokanee, Suk-kegh means ‘red fish’. 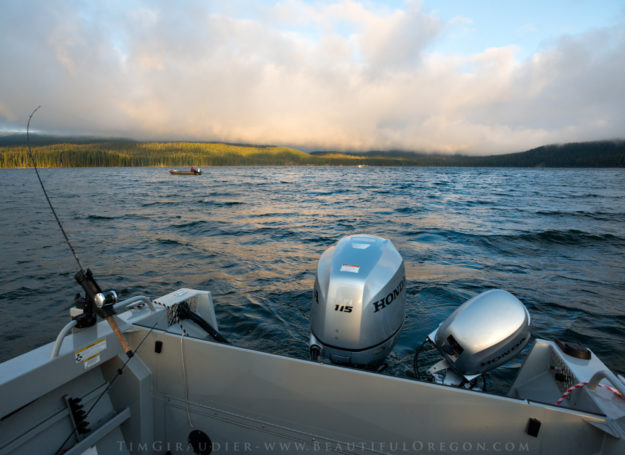