A Fall run, male Coho Salmon (Oncorhynchus kisutch), has arrived at its natal stream and is making its way to the gravel spawning bed from which it was born.  After having spent between one and three years at sea, these anadromous fish begin their return journey to the clean-flowing freshwater stream from which their life began.
While at sea, Coho have a classic pelagic camouflage pattern, with white belly, silver sides and a blue-black back.  This pattern of coloring affords them enhanced concealment from all directions within the open ocean environment.  The dark back hides them from above, against the darkness of the deeps.  Their white belly obscures them against the bright background of the sky-lit waters above; and their silvery sides reflect light and dazzle when viewed from either side. 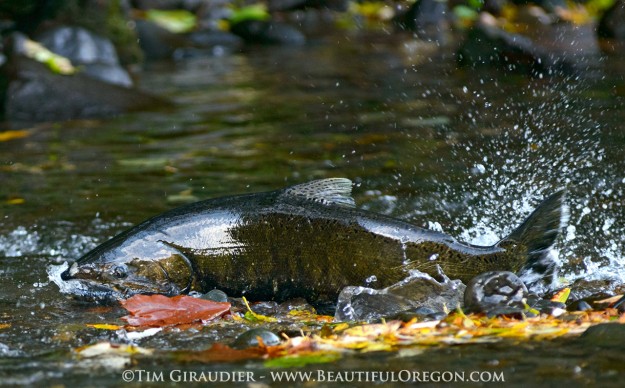 Upon entering the freshwater environment, their bodies begin a radical transformation that is initiated by the change of salinity within the brackish waters of a freshwater streams discharge plume to sea.  Increasingly, as the Coho begins its migration up-stream they cease to feed, and their upper jaw develops a downward hook, with the teeth become more pronounced and gnarly.  Their skin reddens and the head turns an olive green, with the females often becoming darker in color than the males.  At maturity a Coho Salmon can reach lengths of up to 28 inches, and weigh between 7 and 11 pound.  An exceptionally large specimen can reach weights of up to 36 pounds.  Not long after spawning, Coho salmon will die, and in turn release an abundance of ocean sequestered nutrients into the freshwater and surrounding forest environments.  In no small part, the nutrients released by the parents death, will fertilize and strengthen the steams’ ecology; and thus increase the rate of survival for the offspring who will spend the next one to two years within the freshwater habitat before they themselves head out to sea. 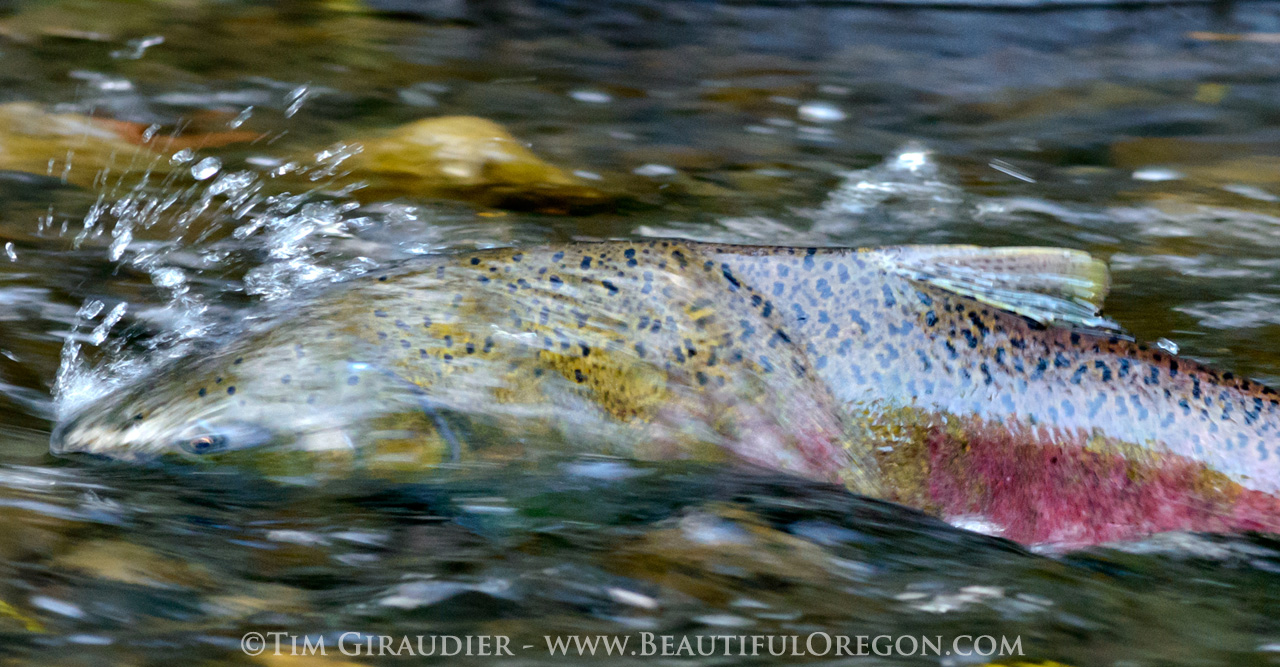 A male Coho Salmon (Oncorhynchus kisutch) displaying colorful spawning colors returns to the stream from which it was born.